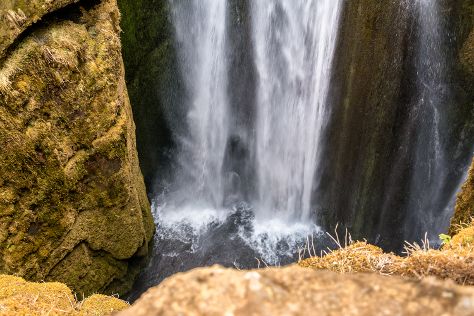 ©
Hella is a small town in southern Iceland on the shores of the river Ytri-Rangá and has, as of 2011, 781 inhabitants.Hella is situated to the east of Reykjavík on the Hringvegur (Route 1) between Selfoss and Hvolsvöllur.OverviewThe name of the town comes from caves near the river. Escape the urban bustle at Horseback Riding Tours and Urridafoss Waterfall. Explore hidden gems such as Gljufrabui Waterfalls and Gluggafoss/Merkjarfoss. You'll find plenty of places to visit near Hella: Gullfoss Falls (in Blaskogabyggd) and Haifoss (in Skalholt). There's much more to do: get the adrenaline pumping with Midgard Adventure, take in the dramatic scenery at Seljalandsfoss - Waterfall, and learn more about the world around you at Lava Centre.

Gothenburg, Sweden to Hella is an approximately 11-hour combination of flight and car. You can also drive. Traveling from Gothenburg to Hella, you'll gain 1 hour due to the time zone difference. Expect slightly colder weather when traveling from Gothenburg in June: highs in Hella hover around 12°C, while lows dip to 9°C. Wrap up your sightseeing on the 4th (Fri) early enough to drive to Vik.
more less

Things to do in Hella 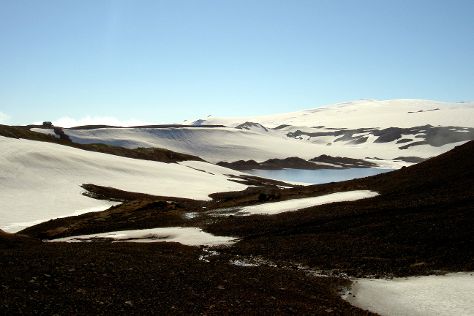 Iceland's southernmost village, Vik, sports some of the country's wildest and most dramatic coastline.

Step off the beaten path and head to Sólheimajökulll and Horseback Riding Tours. Visit Black Sand Beach and Reynisfjara Beach for some beach relaxation. Change things up with a short trip to Fjadrargljufur Canyon in Kirkjubaejarklaustur (about 1h 10 min away). And it doesn't end there: whizz through the canopy at Zipline, glide through the air with True Adventure, take in the spiritual surroundings of Reyniskyrka Church, and explore the striking landscape at Mýrdalsjökull.

For reviews, more things to do, photos, and more tourist information, go to the Vik itinerary tool.

Traveling by car from Hella to Vik takes 1.5 hours. Alternatively, you can take a bus. In June, daytime highs in Vik are 12°C, while nighttime lows are 9°C. Finish your sightseeing early on the 8th (Tue) so you can drive to Hofn.
more less

Things to do in Vik

©
Höfn or Höfn í Hornafirði is an Icelandic fishing town in the southeastern part of the country. Get outdoors at Walking tours and Glacier Lagoon. Explore hidden gems such as Boat Tours & Water Sports and Hofn Swimming Pool. Go for a jaunt from Hofn to Jokulsarlon to see Diamond Beach about 1h 20 min away. And it doesn't end there: take in the dramatic natural features at Hoffellsjokull Glacier, admire the masterpieces at The Thorbergur center, and boost your wellbeing at Hoffell Hot Tubs.

For reviews, traveler tips, more things to do, and more tourist information, you can read our Hofn online holiday maker.

Drive from Vik to Hofn in 3.5 hours. Alternatively, you can do a combination of bus and taxi. June in Hofn sees daily highs of 13°C and lows of 9°C at night. Wrap up your sightseeing on the 11th (Fri) to allow time to travel to Vatnajokull National Park.
more less

Things to do in Hofn 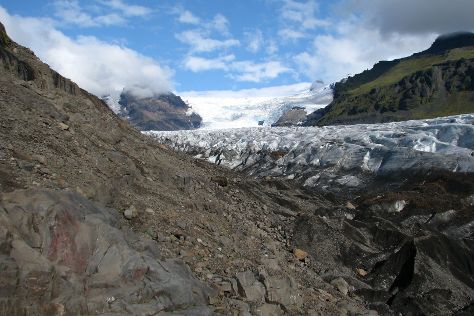 Explore your travel options from Hofn to Vatnajokull National Park with the Route module. Expect a daytime high around 13°C in June, and nighttime lows around 9°C. Finish up your sightseeing early on the 15th (Tue) so you can travel to Reykjahlid.
more less

Things to do in Vatnajokull National Park 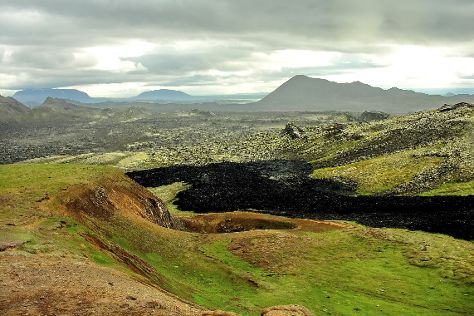 To find reviews, other places to visit, and more tourist information, you can read our Reykjahlid trip itinerary maker site.

Explore your travel options from Vatnajokull National Park to Reykjahlid with the Route module. In June, daily temperatures in Reykjahlid can reach 15°C, while at night they dip to 7°C. Finish up your sightseeing early on the 20th (Sun) so you can go by car to Akureyri.
more less

Get outdoors at Speed Boats Tours and Asbyrgi (Shelter of the Gods). Step off the beaten path and head to Horseback Riding Tours and Grettislaug. Venture out of the city with trips to Puffin and Friends (in Saudarkrokur), Glaumbaer Museum (in Varmahlid) and The Húsavík Whale Museum (in Husavik). There's lots more to do: admire the sheer force of Goðafoss Waterfall, get outside with Aldeyjarfoss, admire the natural beauty at Arctic Botanical Gardens (Lystigardurinn), and relax and rejuvenate at Sundlaug Akureyrar.

For where to stay, traveler tips, ratings, and tourist information, read our Akureyri day trip website.

Traveling by car from Reykjahlid to Akureyri takes 1.5 hours. Alternatively, you can take a bus. June in Akureyri sees daily highs of 15°C and lows of 7°C at night. Finish your sightseeing early on the 26th (Sat) so you can drive to Grundarfjorour.
more less 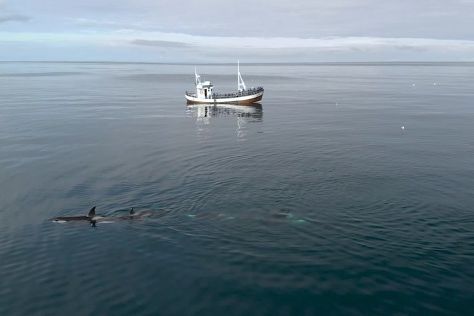 ©
Get in touch with nature at Snaefellsjokull National Park & Glacier and Laki Tours. Visit Dritvik and Djupalonssandur and Djúpalónssandur beach for some beach relaxation. Explore the numerous day-trip ideas around Grundarfjorour: Snaefellsbaer (Cave Vatnshellir & Bjarnarfoss).

To find photos, more things to do, maps, and other tourist information, refer to the Grundarfjorour online sightseeing planner.

Traveling by car from Akureyri to Grundarfjorour takes 5.5 hours. Alternatively, you can do a combination of bus and car; or do a combination of flight and bus. Finish your sightseeing early on the 29th (Tue) to allow enough time to drive to Reykjavik.
more less

Things to do in Grundarfjorour

Escape the urban bustle at Bruarfoss Waterfall and Reykjadalur Hot Springs. Eschew the tourist crowds and head to Horseback Riding Tours and Grábrók Volcano. Change things up with these side-trips from Reykjavik: Hraunfossar Lava Waterfall (in Hraunfossar), Thingvellir (Thingvellir National Park & Oxararfoss) and Ljosafoss Power Station (in Selfoss). There's still lots to do: see majestic marine mammals with a dolphin and whale watching tour, cruise along Ring Road, witness a stunning natural landmark at Strokkur, and take in the dramatic natural features at Geothermal area krysuvik.

To see other places to visit, more things to do, traveler tips, and tourist information, go to the Reykjavik online attractions planner.

Traveling by car from Grundarfjorour to Reykjavik takes 2.5 hours. Alternatively, you can take a bus. In June, daytime highs in Reykjavik are 15°C, while nighttime lows are 9°C. Wrap up your sightseeing by early afternoon on the 10th (Sat) to allow time for travel back home.
more less