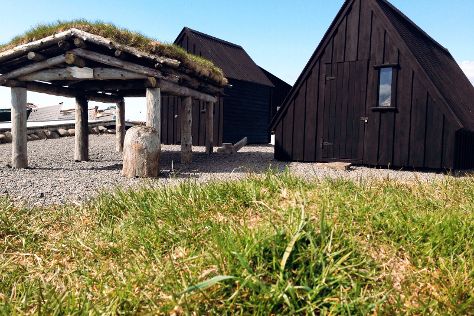 ©
Akranes is a port town and municipality on the west coast of Iceland, around 20km north of the capital Reykjavík.The area where Akranes is located was settled in the 9th century, but did not receive a municipal charter until 1942.HistoryAkranes was settled in the 9th century by the brothers Þormóður and Ketill, sons of Bresi. You'll explore the less-touristy side of things at Akranes Lighthouse and Lighthouse Sugandisey. You'll find plenty of places to visit near Akranes: Borgarnes (Hafnarfjall, Ljomalind Farmers Market, &more), Eiriksstadir (in Budardalur) and Glanni Waterfall (in Bifrost). There's lots more to do: take an in-depth tour of Akranes Folk Museum, learn about all things military at War and Peace Museum, see the interesting displays at Bjarnarhofn Shark Museum, and explore the striking landscape at Gatklettur.

For traveler tips, where to stay, ratings, and more tourist information, go to the Akranes holiday planner.

Stockholm, Sweden to Akranes is an approximately 8.5-hour combination of flight and car. You can also drive. The time zone difference when traveling from Stockholm to Akranes is minus 1 hour. Traveling from Stockholm in June, you will find days in Akranes are little chillier (15°C), and nights are about the same (9°C). Finish your sightseeing early on the 2nd (Thu) to allow enough time to drive to Hafnarfjordur.
more less

Things to do in Akranes

Although the historical town of Hafnarfjordur has become a suburb of the capital Reykjavik, it maintains an authentic spirit all its own.

Discover out-of-the-way places like Strandarkirkja and Hellisgerdi Park. Get some historical perspective at The Viking Village and Garoskagi Lighthouse. Explore the numerous day-trip ideas around Hafnarfjordur: Keflavik Maritime Center (in Keflavik), Hvalsneskirkja (in Sandgerdi) and Grindavik (Brimketill, Gunnuhver Hot Springs, &more). There's lots more to do: stop by Alfagull, walk around Vidistadatun Sculpture Park, explore and take pictures at The Elf Walk in Hellisgerdi Park, and see the interesting displays at Rokksafn Islands - The Icelandic Museum of Rock 'n' Roll.

To find more things to do, maps, other places to visit, and other tourist information, use the Hafnarfjordur attractions planning site.

Traveling by car from Akranes to Hafnarfjordur takes an hour. Alternatively, you can take a bus. In July, daily temperatures in Hafnarfjordur can reach 17°C, while at night they dip to 10°C. Wrap up your sightseeing on the 7th (Tue) early enough to drive to Mosfellsbaer.
more less

Things to do in Hafnarfjordur 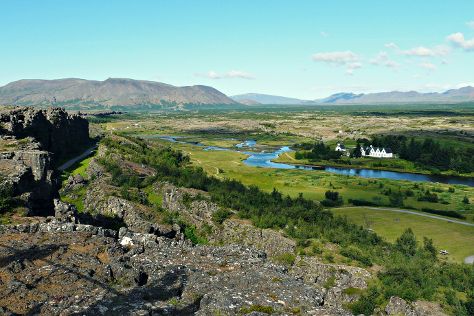 ©
Discover out-of-the-way places like Horseback Riding Tours and Ulfarsfell. When in Mosfellsbaer, make a side trip to see The Cave People in Laugarvatn, approximately Laugarvatn away.

To see where to stay, other places to visit, and tourist information, read Mosfellsbaer online attractions planner.

Mosfellsbaer is just a stone's throw from Hafnarfjordur. In July, plan for daily highs up to 17°C, and evening lows to 10°C. Finish your sightseeing early on the 10th (Fri) so you can drive to Kopavogur.
more less

Things to do in Mosfellsbaer

©
Kópavogur is a city and Iceland's second largest municipality by population.It lies immediately south of Reykjavík and is part of the Capital Region. On the 11th (Sat), admire the masterpieces at Gerdarsafn Kopavogur Art Museum, hit the best photo ops around with an inspiring photography tour, and then get outside with Iceland Self Drive - Day Adventures. On the next day, explore the striking landscape at Langjokull Glacier and then admire the masterpieces at Museum of Design and Applied Art.

Take the guesswork out of planning a Kopavogur vacation by using our trip itinerary maker.

Kopavogur is very close to Mosfellsbaer. In July in Kopavogur, expect temperatures between 17°C during the day and 10°C at night. Wrap up your sightseeing by early afternoon on the 12th (Sun) to allow enough time to travel back home.
more less

Things to do in Kopavogur

Langjokull Glacier, Museum of Design and Applied Art
Find places to stay Jul 10 — 12:
Hotels on TripAdvisor
Homes on Airbnb
Highlights from your plan