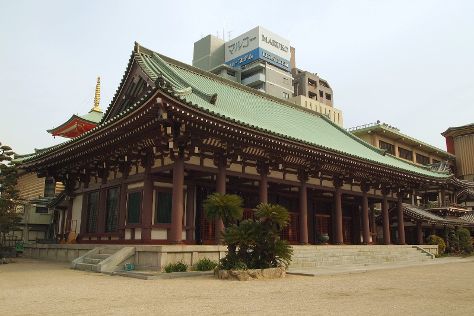 The largest city on the island, Fukuoka formed through the merger of two former cities that had grown up either side of the Naka River.

To see where to stay, traveler tips, more things to do, and tourist information, refer to the Fukuoka tour planning website.

Dublin, Ireland to Fukuoka is an approximately 18.5-hour flight. Due to the time zone difference, you'll lose 9 hours traveling from Dublin to Fukuoka. Expect a daytime high around 11°C in January, and nighttime lows around 2°C. Wrap up your sightseeing by early afternoon on the 16th (Sat) to allow time for travel back home.
more less

Things to do in Fukuoka

Nagasaki
Find places to stay Jan 2 — 16:
Hotels on TripAdvisor
Homes on Airbnb
Highlights from your plan