©
Hella is a small town in southern Iceland on the shores of the river Ytri-Rangá and has, as of 2011, 781 inhabitants.Hella is situated to the east of Reykjavík on the Hringvegur (Route 1) between Selfoss and Hvolsvöllur.OverviewThe name of the town comes from caves near the river. Start off your visit on the 10th (Thu): stop by Seljalandsfoss, admire the sheer force of Seljalandsfoss - Waterfall, then get a new perspective on nature at Lava Centre, and finally trot along with a tour on horseback.

To see ratings, reviews, maps, and more tourist information, you can read our Hella trip site.

Toronto, Canada to Hella is an approximately 11-hour combination of flight and car. The time zone difference when traveling from Toronto to Hella is 5 hours. When traveling from Toronto in September, plan for colder days and little chillier nights in Hella: temperatures range from 11°C by day to 9°C at night. Finish up your sightseeing early on the 10th (Thu) so you can go by car to Vik.
more less

Things to do in Hella

Hvolsvollur
Find places to stay Sep 9 — 10:
Hotels on TripAdvisor
Homes on Airbnb
Highlights from your plan 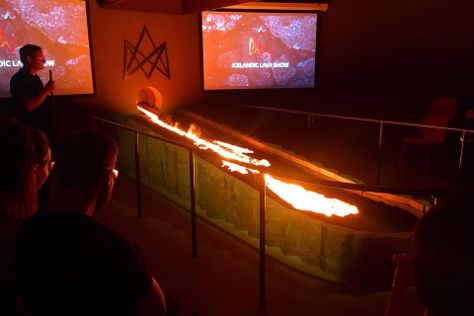 Iceland's southernmost village, Vik, sports some of the country's wildest and most dramatic coastline.

On the 11th (Fri), appreciate the history behind Voyages Friendship Statue, admire the sheer force of Skogafoss, take in the dramatic natural features at Dyrhólaey, then contemplate the geological forces at Icelandic Lava Show, and finally enjoy the sand and surf at Black Sand Beach.

To find photos, reviews, and tourist information, you can read our Vik travel route planning website.

Traveling by car from Hella to Vik takes 1.5 hours. Alternatively, you can take a bus. Expect a daytime high around 11°C in September, and nighttime lows around 9°C. Wrap up your sightseeing on the 11th (Fri) to allow time to drive to Landmannalaugar.
more less

Things to do in Vik

Skogafoss
Find places to stay Sep 10 — 11:
Hotels on TripAdvisor
Homes on Airbnb
Highlights from your plan 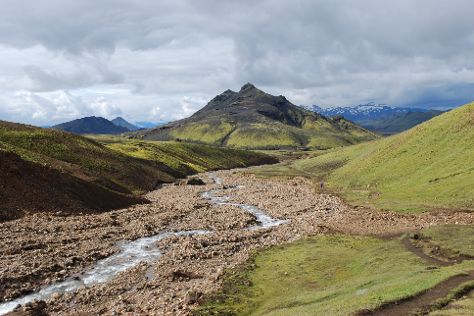 ©
Landmannalaugar is a place in the Fjallabak Nature Reserve in the Highlands of Iceland. Start off your visit on the 12th (Sat): take in the pleasant sights at Landmannalaugar and then trek along Laugavegur.

Getting from Vik to Landmannalaugar by car takes about 3 hours. In September, plan for daily highs up to 11°C, and evening lows to 9°C. Finish up your sightseeing early on the 12th (Sat) so you can travel to Reykjahlid.
more less

Things to do in Landmannalaugar

Start off your visit on the 13th (Sun): take in the pleasant sights at Viti Crater, stroll through Krafla Lava Fields, then witness a stunning natural landmark at Mývatn Nature Baths, and finally explore the fascinating underground world of Grjotagja Cave. On the next day, take in the dramatic natural features at Hverir, then don't miss a visit to Grenjadarstadir, and then admire the sheer force of Dettifoss Waterfall.

To see where to stay, ratings, more things to do, and other tourist information, use the Reykjahlid road trip site.

Change things up with these side-trips from Reykjavik: Thingvellir National Park (in Thingvellir) and Thermal Spas (in Grindavik). Spend the 15th (Tue) wandering through the wild on a nature and wildlife tour. There's still lots to do: take in the architecture and atmosphere at Hallgrimskirkja, trot along with a tour on horseback, enjoy breathtaking views from Perlan, and indulge in some culinary diversions at a local gastronomic tour.

To see ratings, other places to visit, reviews, and tourist information, use the Reykjavik tour itinerary website.

You can fly from Reykjahlid to Reykjavik in 5 hours. Other options are to drive; or take a bus. In September, daily temperatures in Reykjavik can reach 13°C, while at night they dip to 7°C. Finish your sightseeing early on the 20th (Sun) to allow enough time to travel back home.
more less